Home / Blog / When does Sir Walter grow at its fastest? 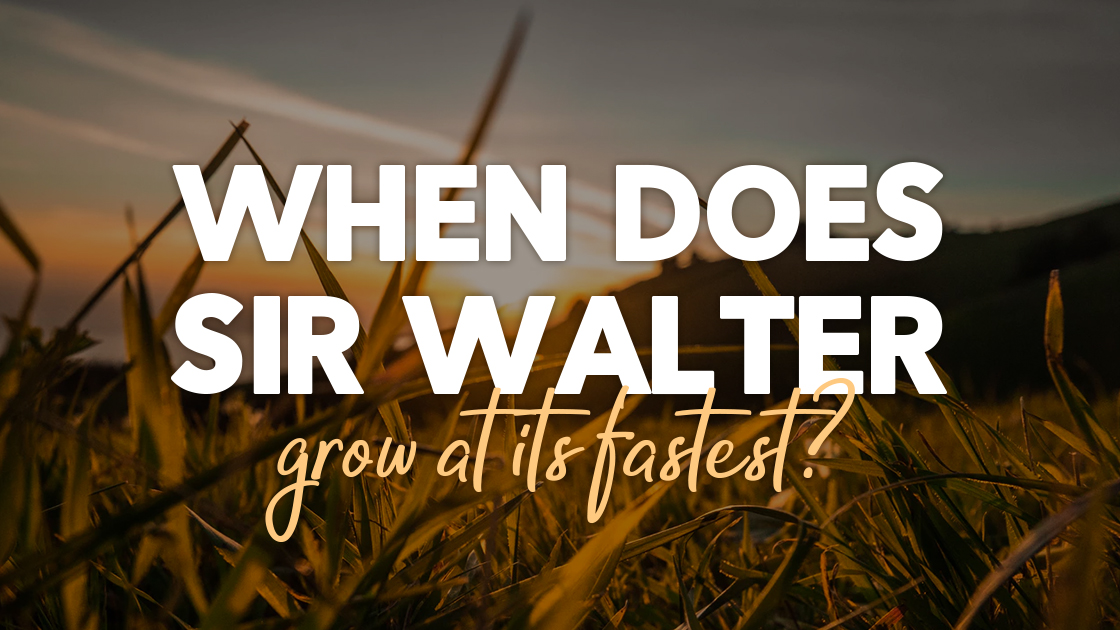 If there’s one thing that Sir Walter turf is known for, it’s the ability to grow anywhere at any time. An incredibly hardy grass that has long been Australia’s favourite turf, it’s this ability to not just survive but thrive in tough conditions that has been Sir Walter’s trademark.

But while it can grow almost anywhere in this wide brown land, Sir Walter grass will still grow better in some places and at some times of year than it will in others. So what conditions does Sir Walter particularly enjoy? When does it grow at its fastest?

Grasses can generally be bundled into two different categories – warm season grasses and cool season grasses. As the names suggest, these two different types are defined by their temperature preferences. Because Australia is a comparatively warm country almost all of our most popular grasses find themselves in the warm season category.

Warm season grasses – including Sir Walter – share a few common characteristics. They grow best in soils of 18C-26C, they spread via creepers (rather than dropping seeds), and they are more drought tolerant than cool season varieties. And it’s these characteristics that hint at the peak growing season of these turfs.

With these preferences in mind, Australian autumn provides the perfect conditions for Sir Walter turf. The temperature is milder but the soil is still warm from the summer, most of the country experiences gradually increasing rainfall, and the sun is plentiful.
For these reasons you’ll find that your Sir Walter – and indeed any warm season grass – will grow fastest during Autumn.

To find out more about Sir Walter call the Sydney’s leading turf supplier, Sydney Lawn and Turf on 1800 458 859.